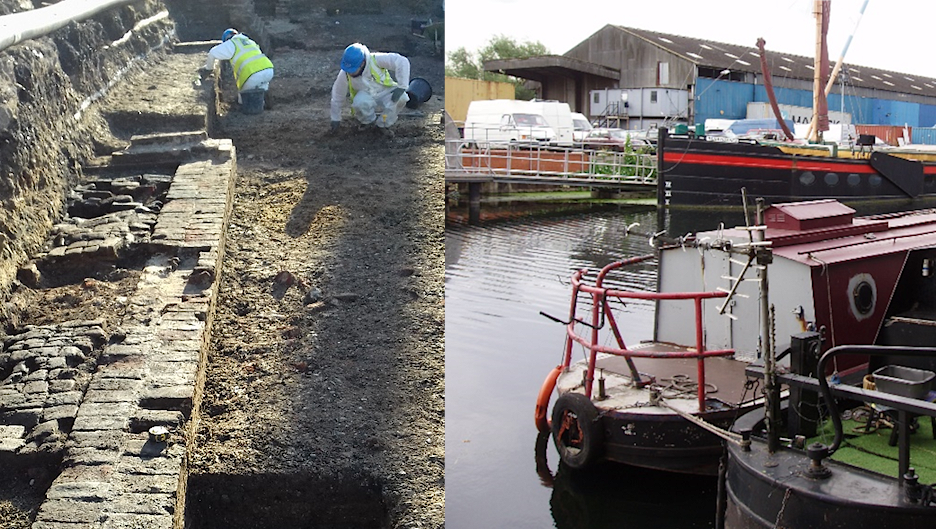 Client:  Muse Developments Ltd and the Canal and River Trust

Hale Wharf is a 1.8ha island in north London situated between the Lee Navigation Channel and the River Lea Flood Relief Channel. The Mayor of London has granted permission for the construction of up to 505 residential units, up to 1,607 sqm of non-residential floorspace, a new footbridge and other public realm works.

The trenching uncovered layers of prehistoric peat and timber land ties associated with a leat shown on the 1844 tithe map. At the same time, monitoring of groundworks encountered remains of a turnpike tollhouse and the mill itself.

PCA Heritage designed and managed the subsequent programme of archaeological excavation. This demonstrated that the first mill was constructed soon after the site was flooded in the late 16th century. A series of rebuilds often reflected subsequent floods or fires until, in 1860, a fire was so devastating that it led to the abandonment of Tottenham Mills. 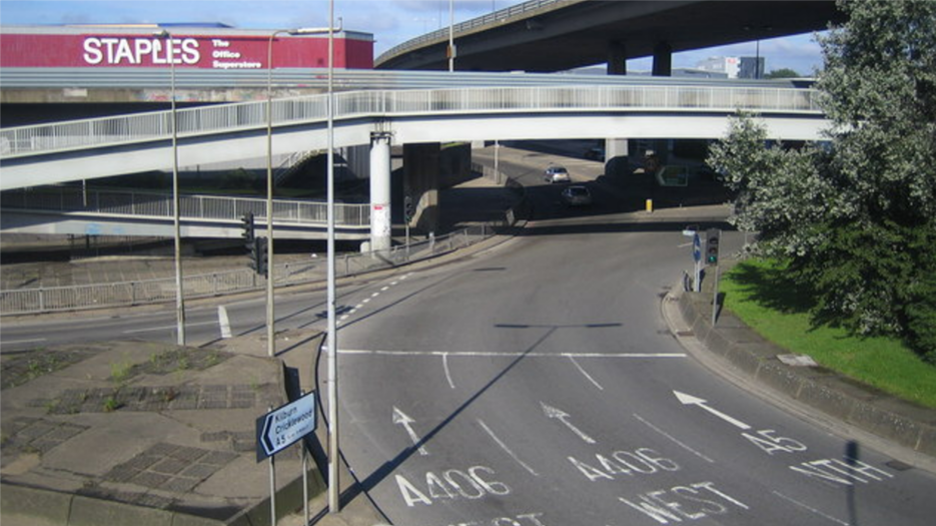 Staples Corner is a major transport interchange in London, with interconnected roundabouts and flyovers linking the A406 North Circular to the A5 Edgware Road and M1 motorway. The two roundabouts are separated by the London to Sheffield mainline railway, and bounded to the north by the River Brent. Its name comes not from the office superstore which dominated the junction until recently, but the Staples bed and mattress manufacturing company, whose factory was established on the site by Ambrose Heal in 1926.

Group 1 Automotive are developing the site to provide a new four-storey Jaguar Land Rover car showroom and workshop. As desk-based assessment had suggested that the site lay close to a Bronze Age cremation cemetery and the crossing of the River Brent by the Edgware Road, a Roman road, the development provided an opportunity to investigate whether any archaeological remains existed on the site.

PCA Heritage worked closely with the client, main contractor (Ashe Construction), Historic England and Pre-Construct Archaeology to design an evaluation strategy which could test the potential for archaeological remains to exist on the site. In the event, the archaeological evaluation clearly demonstrated that construction of Ambrose Heal’s factory, and the Staples warehouse which followed, had significantly altered ground levels. 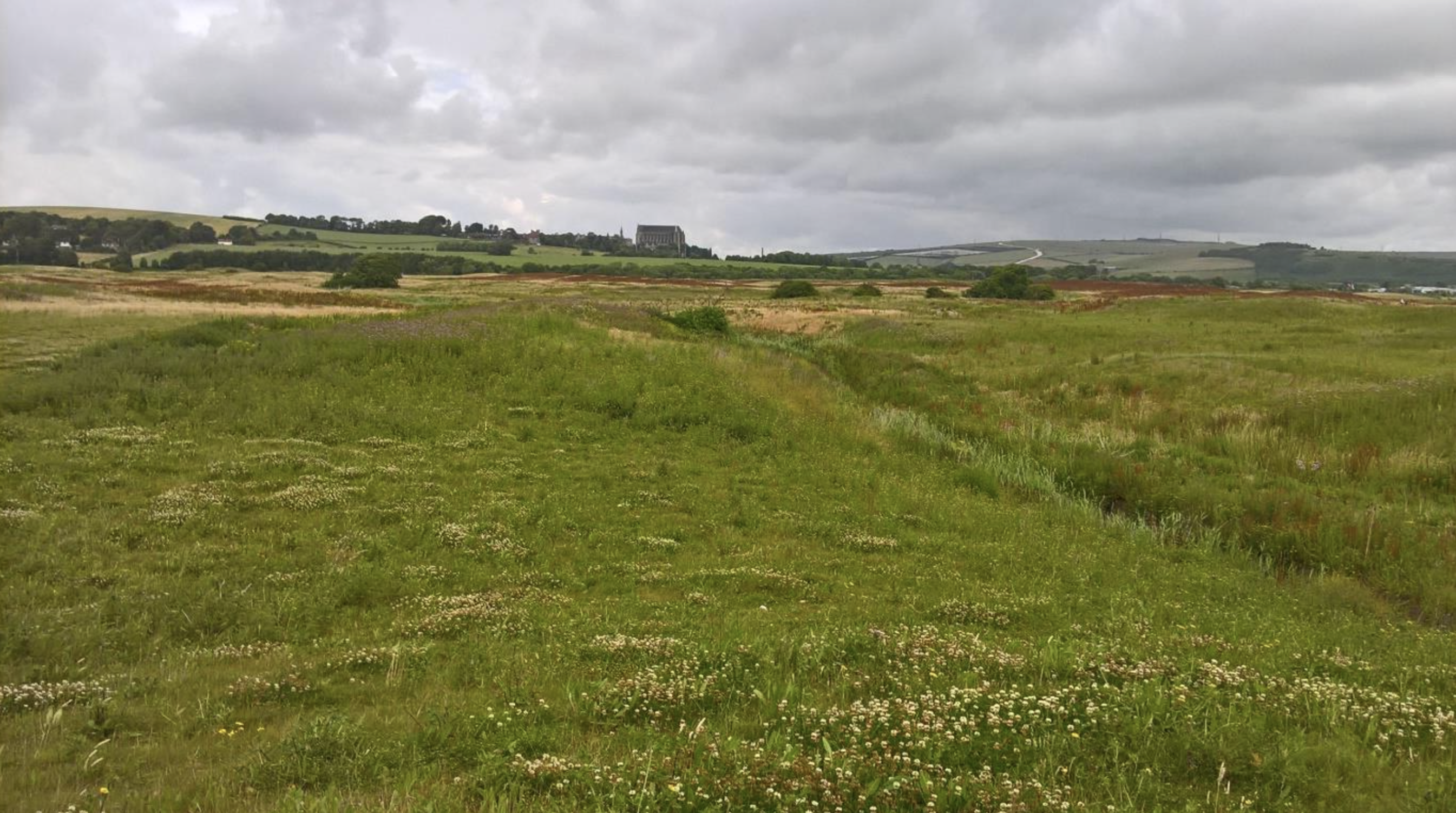 New Monks Farm, which lies c. 12kms west of Brighton, is a large area of open land sandwiched between the South Downs National Park and the English Channel. Much of the site has been the subject in recent years of a landfilling and landscaping exercise which has introduced many thousands of tons of inert material onto the site.

The New Monks Farm masterplan has been developed from the local plan allocation and will deliver new homes, a new school, employment, improved transport infrastructure and a country park. The site is criss-crossed with spring-fed watercourses (the Lancing Ditches) which discharge into the nearby River Adur. The New Monks Farm development includes installing a new pumping station so that discharge can continue 24 hours a day, increasing capacity in the Lancing Ditches.

The principal archaeological interest of the site lies in its remains of a medieval saltworking industry. This resulted in the landscape formerly being dotted with mounds of waste sand (salterns). A number of nationally-important heritage assets surround the site, including the Grade I listed Lancing College Chapel; a Scheduled Monument (a WWII Dome Trainer) is on the site itself.